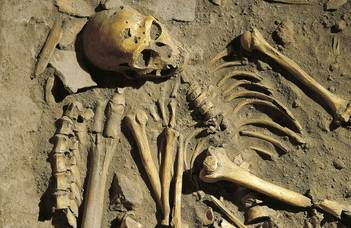 An Austrian-American research team (University of Vienna, Department Evolutionary Anthropology and Harvard Medical School, Department of Genetics), in collaboration with Hungarian experts from Eötvös Loránd University, has developed a new method that allows the almost non-destructive extraction of genetic material from archaeological human remains. The method allows anthropologists, archaeologists and archaeogeneticists to avoid the risk of serious damage to artefacts of significant scientific and heritage value, which can then be fully examined in future research. The results are published in Genome Research.

Bioarcheological research on human and animal remains from archaeological excavations has become increasingly important in recent decades. Both nationally and internationally, in addition to classical archaeological and anthropological research, a significant number of molecular biological way of examination are included. One of the most important field is archaeogenetics. The study of ancient human and animal genetic material can significantly help both the analysis of human evolution and the answering of historical questions about the populations of later archaeological periods.

The first archaic DNA (aDNA) research started in the 1980s, but the real methodological breakthroughs came after the turn of the millennium. This was the period when next-generation sequencing methods reached bioarcheological research. Thanks to the large-scale research that began at that time,

we now know more than 60% of the DNA of Neanderthals preserved in the nuclei of cells.

A new human species was described on the basis of the genetic material extracted from teeth and finger bones found in Siberia, and it was recognised that, contrary to previous ideas, Neanderthal man and modern Homo sapiens interbred with each other, that left significant genetic traces in modern human groups north of the Sahara. However, these samples for archaeogenetic analyses may involve a high degree of destruction and may therefore be of concern from a heritage conservation perspective, preventing or making it difficult to obtain and carry out sampling.

An international team of researchers (Ron Pinhasi laboratory at University of Vienna and David Reich’ laborarory at Harvard) has recognised this problem and has recently developed several new sampling methods to minimise the bone damage associated with sampling. Firstly, the methodological basis for drilling into the inner ear from the cranial base was developed and later it was shown that the use of auditory ossicles can significantly reduce the damage in the fining during sampling.

The latest research, published in the journal Genome Research, was carried out by the above-mentioned international team and the researchers of the Department of Anthropology (Tamás Hajdu, Krisztián Kiss, Tamás Szeniczey) and the Institute of Archaeology (Alexandra Anders, Pál Raczky) at Eötvös Loránd University.

„The new method significantly reduces the extent of damage of the findings.

It consists in dissolving the DNA content of the root fragment of the tooth, rich in cellular cementum, by immersing it in a special solution. The quality of the sample thus obtained is not as good as that of DNA extracted from the inner ear, but it is of the same quality as that of the genetic material obtained by traditional methods (drilling and pulverisation of the tooth). The main advantage of the method is that the tooth undergoes only to minimal damage, leaving its structure intact not only morphologically but also histologically, while its unchanged chemical composition allows subsequent isotopic tests (strontium or C14) to be carried out. The only noticeable change is the fading or whitening of the root colour” – told Tamas Hajdu, head of the Hungarian research group, Assistant Professor at the Department of Anthropology at Eötvös Loránd University.

The significance of the new sampling method therefore lies in its minimal destructive effect. If the sampled teeth are left intact, they can be subjected to further morphological, radiological, histological, oral pathological, stable isotope and radiocarbon studies. This may be particularly important in cases where only a few tooth remains have been preserved from a given period and place, which may be tens of thousands of years old, and destructive sampling of these would completely preclude subsequent analysis. In addition to human evolutionary research, the new methodology could also help projects on population history and disease evolution at the Department of Anthropology and the Institute of Archaeology, at Eötvös Loránd University by preserving the integrity of the findings. The new sampling method, developed in international cooperation, offers a new perspective for the preservation of artefacts for national and international museum institutions, while at the same time allowing for the almost non-destructive conduct of the latest archaeogenetic analyses. 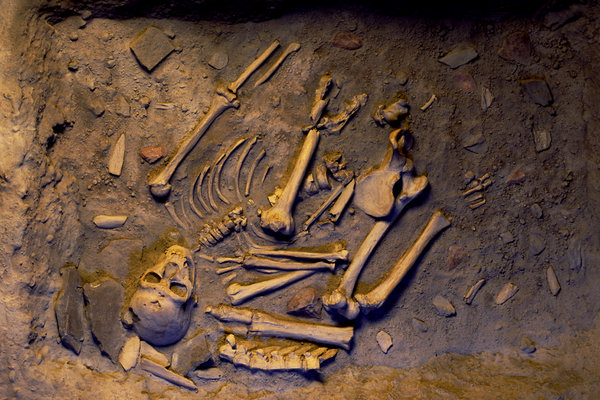 The international team of researchers has developed a new sampling method and tested its effectiveness on human material from several archaeological sites in Hungary and abroad. The Hungarian archaeological material can be found in the collections of the Hungarian Natural History Museum, the Herman Ottó Museum, the Déri Museum and the Damjanich János Museum. The new method was initiated by Ron Pinhasi’ research group at Department of Evolutionary Anthropology, University of Vienna and the methodological background was worked out, and the bone and tooth samples were analysed, and the Austrian team and David Reich’ Laboratory at the Department of Genetics, Harvard Medical School. The anthropological background of the findings was provided by the Department of Anthropology at Eötvös Loránd University and Department of Anthropology at the Hungarian Natural History Museum and the Institute of Archaeology, ELKH-BTK (Tamás Hajdu, Tamás Szeniczey, Krisztián Kiss, Ildikó Pap, Kitti Köhler).