Analyses of iron gomeostasis at the European Synchrotron Radiation Facility 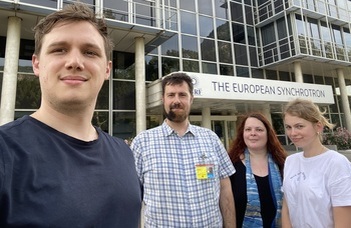 At the beginning of June, researchers at the ELTE Institute of Biology were able to use instruments in the laboratories of the European Synchrotron Radiation Facility in Grenoble. For four full days, they had access to high-tech equipment of the facility for measuring iron homeostasis in plants. Ádám Solti put together a team of biologists and physicists that travelled abroad to study the iron content of leaves in many respects.

Ádám Solti and his research team applied to the European Synchrotron Radiation Facility (ESRF) in France for the use of instruments and were awarded 4x24 hours of microscopic X-ray fluorescence imaging (micro-XRF) and microscopic X-ray absorption spectroscopy (micro-XANES). With the micro-XRF and micro-XANES methods, they wanted to demonstrate in which cell constituents and in what chemical forms iron accumulates in the leaves as the plants start ageing.

“We needed an interdisciplinary team to get the work done. In the field of microscopic sample preparation, and light and transmission electron microscopy, we relied on the work and experience of Katalin Solymosi, assistant professor at the ELTE Department of Plant Anatomy. Maria Gracheva, a physicist at the Energy Research Institute of the Eötvös Loránd Research Network and a doctoral student in chemistry at the ELTE Laboratory of Nuclear Chemistry, contributed to the work of the team with her expertise in Mössbauer spectroscopy and elemental analysis. We also needed the work of my doctoral student, Máté Sági-Kazár, in the fields of plant physiology and instrumental measurements, and because of his computer skills,” says Ádám Solti, the initiator of the measurements and supervisor of the related OTKA project (Senescence, autophagy and iron release from plastids: the driving force of iron remodelling in plants, OTKA K135607). 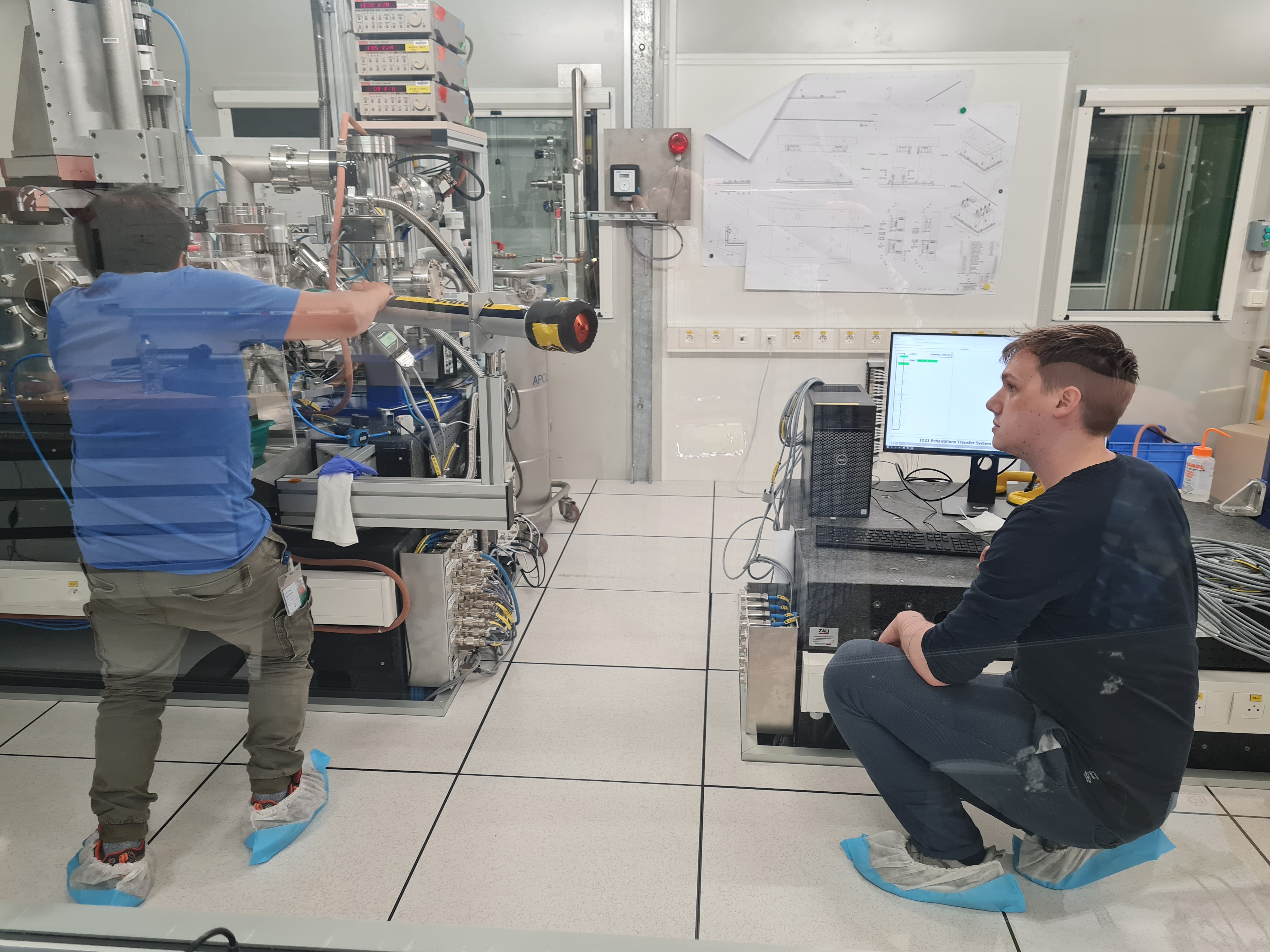 Luis Carlos Colocho Hurtarte and Sági-Kazár Máté placing a sample in an instrument.

“The preparation of the samples also represented a considerable challenge”, explains Máté Sági-Kazár. “Hiram Castello-Michel and Luis Carlos Colocho Hurtarte, our colleagues in the ESRF responsible for the instruments gave us a demonstration through Zoom and sent articles and videos concerning the perfect method for sample preparation from freezing in the cryoprotectant material through the delivery of the sample to its processing.”

At ESRF, the aforementioned scientists helped the team to section the samples prepared in Budapest using a cryo-microtome. This special procedure makes it possible to preserve and study the iron compounds of the cells in a place and chemical form characteristic of the living cells. The samples were, therefore, prepared by ELTE scientists several weeks before the analyses and delivered to the site of measurements using a special freezing method. Of course, the researchers were prepared for any eventuality, and ensured that living plants would also be available at the research facility in the event of a problem. 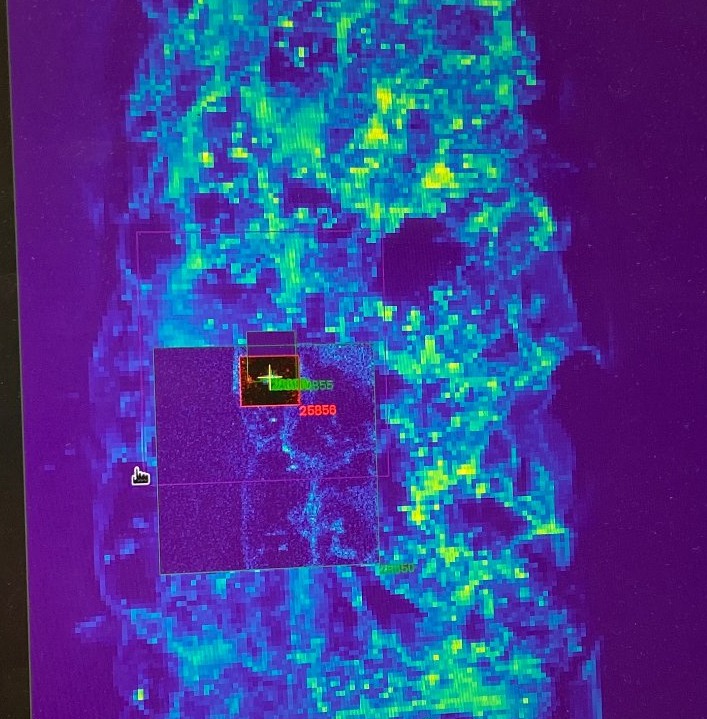 The results of micro-XRF measurement on the cross-section of a leaf of a plant called thale cress (Arabidopsis thaliana).

Despite the considerable importance of iron compounds (e.g., iron-sulphur clusters) in plant metabolism, relatively little is known about the localisation of iron within leaves and leaf cells, its role in signal transduction processes, and its exact chemical forms. The members of the research group presented the relevant data of scholarly literature in an on-demand review paper submitted for a special issue of the prestigious Journal of Experimental Botany in early 2022. Details of the article: Máté Sági-Kazár, Katalin Solymosi, Ádám Solti: Iron in leaves: chemical forms, signalling, and in-cell distribution.

The continuous instrument time available for four entire days, together with the on-site preparation of the samples and the “disassembly” after the measurements took eight days for the research team. Since the measurements were incessant and the instruments were used around the clock, there was a need for a group of four and several shifts in which the researchers took turns in operating the equipment. 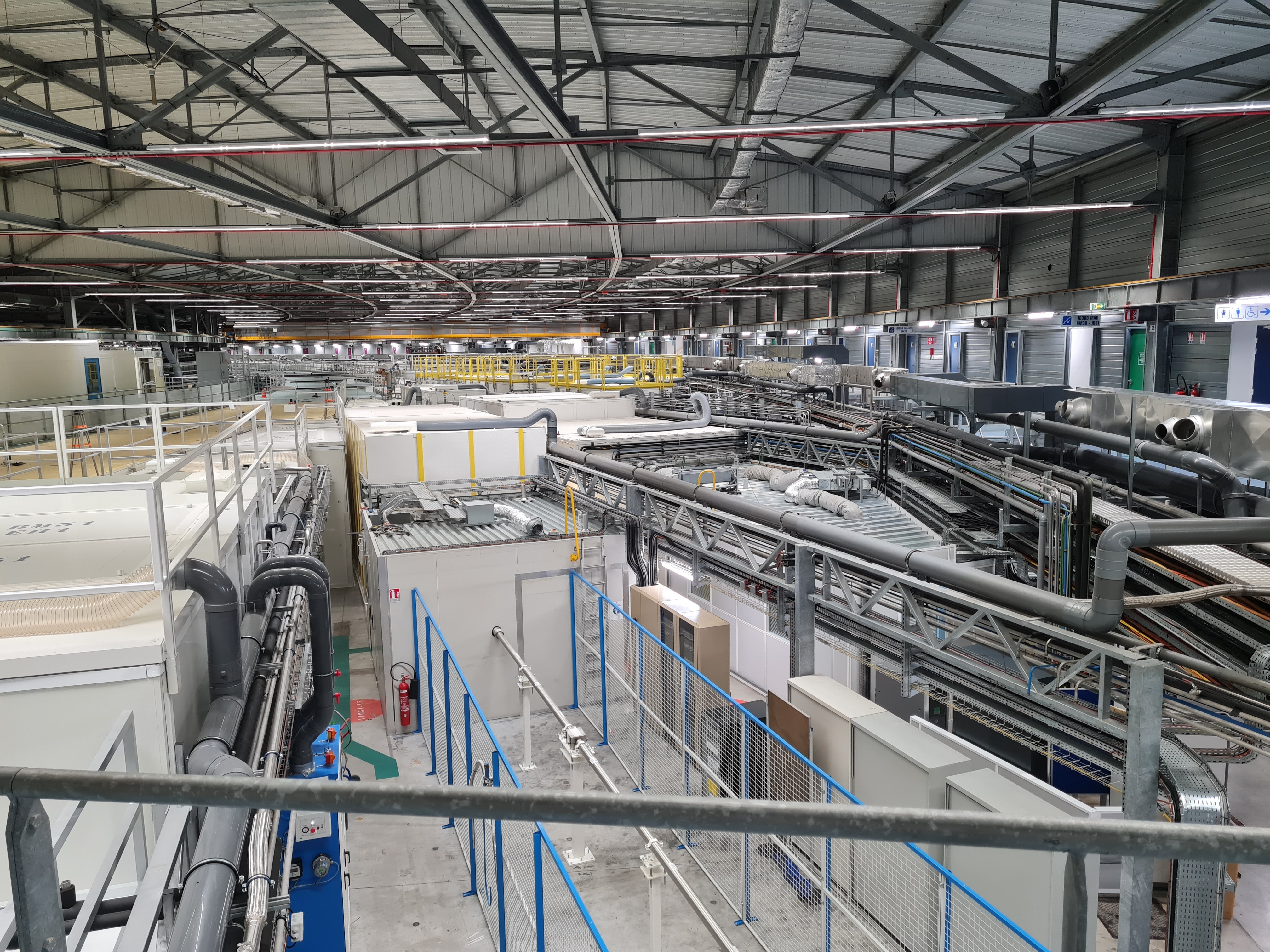 A detail of the interior of the particle accelerator having a huge diameter.

“One of the most exciting parts of researchers’ lifestyle is when they venture into new areas and learn new methods in new institutions stepping out of their comfort zone,” says Assistant Professor Katalin Solymosi. “In addition, an experience like this is a wonderful opportunity for Ph.D. students to develop themselves, and it may also be the ultimate test of whether they can stand up as independent researchers. Both young researchers who accompanied us excelled in this field. It is a special pride for us that the staff members of the host laboratory were also very satisfied with the measurement, the independence of our students, and the work of the group, and encouraged us to re-apply with other topics and to continue collaboration with them.”

During the measurements, we were able to identify the location of several elements (K, Ca, Mg, Mn, Fe, Ti) and the chemical forms of iron in the leaf cells. The instrumental measurements, of course, must be followed by lengthy analyses, calculations, and comparisons with results obtained by other methods, but it is already evident from the preliminary data that the research work in Grenoble was successful and produced new scientific results. You can read more about the work of the research group supervised by Ádám Solti, here (Hungarian).

Our scientists have already achieved preliminary results with the lower resolution and sensitivity XRF device found at the ELTE Department of Plant Physiology and Molecular Plant Biology, obtained in the framework of the project VEKOP-2.3.3-15-2016-0008. Furthermore, in April, they visited the ELETTRA Sincrotrone Trieste to carry out similar measurements for another work running in parallel. To be able to use the special instrument in Grenoble, the team first had to submit an application for the instrument time presenting the research topic briefly. After the ranking of the applications received, a committee of several experts headed by the ESRF decided on their acceptance. They determined the length of instrument time and the financial support to be provided for the measurements. In addition to allowing time for the use of instruments, ESRF also contributed to the present research by covering the costs of travel and full stay for three researchers.