Dogs learn about word boundaries as human infants do 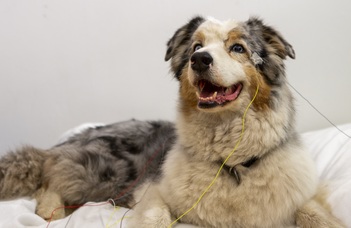 Dogs extract words from continuous speech using similar computations and brain regions as humans do, a new study combining EEG and fMRI by researchers from the Department of Ethology, Eötvös Loránd University (Hungary) finds. This is the first demonstration of the capacity to use complex statistics to learn about word boundaries in a non-human mammal. This work has been published in Current Biology.

Human infants can spot new words in a speech stream much before they learn what those words mean. To tell where a word ends and another one begins, infants make complex calculations to keep track of syllable patterning: syllables that usually appear together are probably words, and those that do not probably aren’t. A new brain imaging study by Hungarian researchers discovered that dogs may also recognize such complex regularities in speech.

“Keeping track of patterns is not unique to humans: many animals learn from such regularities in the surrounding world, this is called statistical learning. What makes speech special is that its efficient processing requires complex computations. To learn new words from continuous speech, it is not enough to count how often certain syllables occur together. It is much more efficient to calculate how probably those syllables occur together. This is exactly how humans, even 8-month-old infants, solve the seemingly difficult task of word segmentation: they calculate complex statistics about the probability of one syllable following the other” -- explains Marianna Boros, one of the lead authors of the study, and a postdoctoral researcher at the Neuroethology of Communication Lab, Department of Ethology, Eötvös Loránd University. “Until now we did not know if any other mammal can also use such complex computations to extract words from speech. We decided to test family dogs’ brain capacities for statistical learning from speech. Dogs are the earliest domesticated animal species and probably the one we speak most often to. Still, we know very little about the neural processes underlying their word learning capacities.”

"To find out what kind of statistics dogs calculate when they listen to speech, first we measured their electric brain activity using EEG" - says Lilla Magyari, the other lead author, postdoctoral researcher in the same research group, who had laid the methodological foundations of performing non-invasive electrophysiology on awake, untrained, cooperating dogs. "Interestingly, we saw differences in dogs' brain waves for frequent compared to rare words. But even more surprisingly, we also saw brain wave differences for syllables that always occurred together compared to syllables that only occasionally did, even if total frequencies were the same. So it turns out that dogs keep track not only of simple statistics (the number of times a word occurs) but also of complex statistics (the probability that a word's syllables occur together). This has never been seen in other non-human mammals before. It is exactly the kind of complex statistics human infants use to extract words from continuous speech."

To explore how similar the responsible brain regions behind this complex computational capacity in dogs are to those in humans, researchers also tested dogs using functional MRI. This test was also performed on awake, cooperating, unrestrained animals. For fMRI, dogs were previously trained to lay motionless for the time of the measurements.

"We know that in humans both general learning-related and specifically language-related brain regions participate in this process. And we found the same duality in dogs" - explains Boros. "Both a generalist and a specialist brain region seemed to be involved in statistical learning from speech, but the activation patterns were different in the two. The generalist brain region, the so called basal ganglia, responded stronger to a random speech stream (where no words could be spotted using syllable statistics) than to a structured speech stream (where words were easy to spot just by computing syllable statistics). The specialist brain region, the so called auditory cortex, that in humans plays a key role in statistical learning from speech, showed a different pattern: here we saw brain activity increase over time for the structured but not for the random speech stream. We believe that this activity increase is the trace word learning leaves on the auditory cortex." 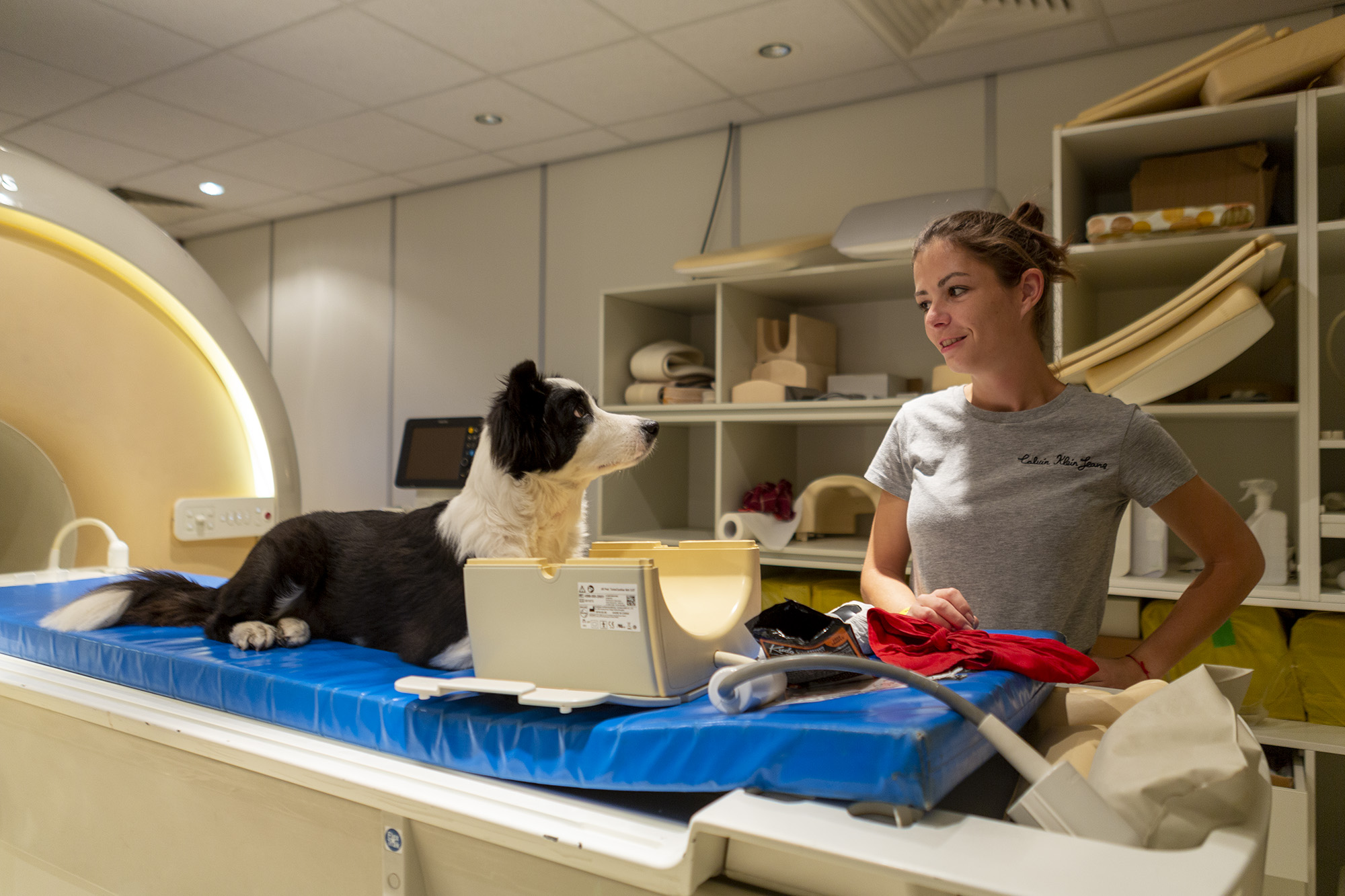 “We now begin to understand that some computational and neural processes that are known to be instrumental for human language acquisition may not be unique to humans after all.” -- says Attila Andics, principal investigator of the Neuroethology of Communication Lab. “But we still don't know how these human-analogue brain mechanisms for word learning emerged in dogs. Do they reflect skills that developed by living in a language-rich environment, or during the thousands of years of domestication, or do they represent an ancient mammalian capacity? We see that by studying speech processing in dogs, even better dog breeds with different communication abilities and other species living close to humans, we can trace back the origins of human specializations for speech perception."