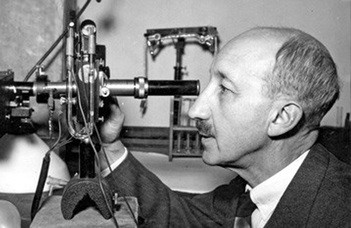 "The central framework of research is made of dreams woven from the threads of reasoning, measurement and calculation."
(Albert Szent-Györgyi)

Our great forebears, who a lot of times achieved significant scientific results during hard times, stand as an example for us today. It is right to remember them, as they are the ones who created the centuries-long traditions of our University.

The compilation was created by György Inzelt, professor of ELTE TTK's Institute of Chemistry

On the picture: György Hevesy, eponymous of Doctoral School of Chemistry.