Quantitative and qualitative changes in aging 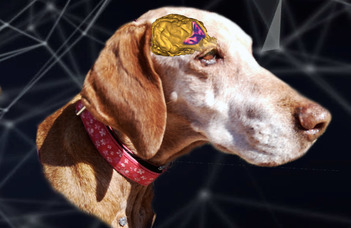 Investigating the activity of genes in dog brain tissues revealed that a large portion, 16,000 out of 20,000 genes are active in all animals, and approximately 3,500 were differentially expressed between the age groups. Less than one hundred genes were active only in the old dogs but not in the young ones. This indicates that genetic changes associated with aging are more about quantity than quality. The genes with altered activity had functions in regulating other genes, neural development, activity, and the immune system. Some genes with important neural functions showed a pattern of changes similar to humans but distinct from rodents.

The interest in dogs as natural models of human aging has skyrocketed in recent years leading to the establishment of multi-layered research initiatives, like the Senior Family Dog Project in Hungary, to study canine aging. Also, there is an increasing number of preclinical studies involving companion dogs in testing drugs that target age-related deterioration or diseases with human parallels, with possible medical benefits both for humans and their barking pets.

However, for these studies to be effective in evaluating the effects of drugs, the translatability between dogs and humans should be ensured on all biological levels. The molecular mechanisms behind dog brain aging and age-related dementia are barely known and this can hinder the efficacy of translational studies.

“Sequencing the RNA molecules in a biological sample is a powerful tool to explore genetic regulatory mechanisms. We used this technique to investigate the neural aging of dogs.” – told Sára Sándor, a geneticist at the Eötvös Loránd University (ELTE), shared first author of the study, published in GeroScience.

The Hungarian research team relied on brain samples from companion dogs donated to the Canine Brain and Tissue Bank at Eötvös Loránd University.

“We used bioinformatic analyses to look for age-related changes in genetic mechanisms”, added Jonas David bioinformatician, shared first author of the study. “We found that the two age groups were clearly separated based on their averaged sequencing profile.” This indicated robust changes in gene activity as dogs age, independently from their breed. Only one animal could not be fit in either group: a four-year-old German shepherd dog. As this dog was the oldest among the young dogs and is a large breed with a relatively short expected lifespan, it might represent an intermediary state between the two age groups. 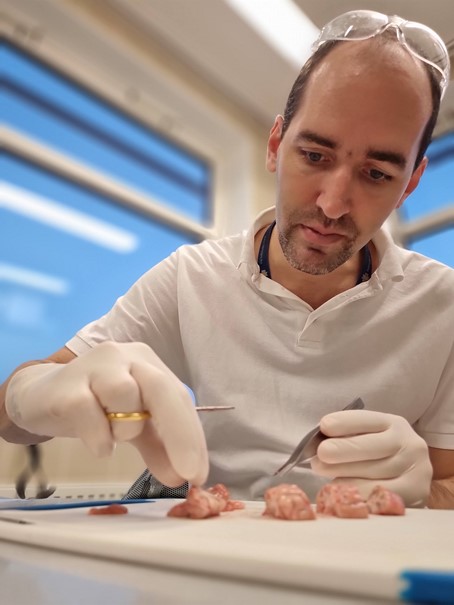 When analyzing individual genes, eighty percent of the twenty thousand canine genes were found to be active in each animal.

“As the total activation or inactivation of individual genes was very rare, the genetic changes associated with aging are more about quantity than quality”,

Half of the differentially expressed genes showed reduced activity in older animals, the other half were more active. This could indicate that age-related changes in gene expression regulation are fine-tuned and not only arise as a result of genomic disintegration. The genes with altered activity regulate other genes, neural development, and the immune system. Most importantly, some genes involved in neural functions showed a pattern of changes similar to humans but distinct from rodents.

The results of the Hungarian researchers also showed that biobanking is a reliable source for such investigations and this can also help to reduce the need for laboratory dog models in the long term.