The new quantum processor is delivered to ELTE 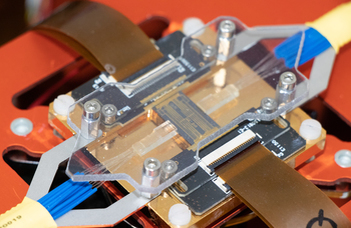 The world-class quantum hardware was jointly purchased by two research groups at ELTE for their work in the Quantum Information National Laboratory. The tool can render Hungarian research teams competitive in both basic and applied research in the field of far-reaching, interdisciplinary innovations.

The benefits of quantum-based computing in specific applications are still limited, and there is no real competition in this area. However, there is a consensus that quantum computers will have a significant, fundamental impact on IT trends in the future, and the time may come soon when they partially rewrite the rules of informatics.

In Hungary, quantum informatics research is brought together by the Quantum Information National Laboratory under the leadership of the Wigner Research Centre for Physics. ELTE is engaged in the work of the consortium as a partner institute. The Faculty of Informatics and the Faculty of Science at ELTE do research in the following areas: programming languages and software development tools to facilitate the programming of quantum computers (compilers, analysis, profiling, and refactoring tools), combining the elements of traditional and quantum programming languages, code optimization techniques, quantum algorithms, quantum computer simulators, post-quantum cryptography, and studying the basic phenomena of optics and quantum optics in an experimental way.

Gábor Vattay, head of the scientific workshop at the Faculty of Science, said that this is a low-loss, 8-mode, tuneable linear interferometer. The instrument measuring the interference of the laser beam split into multiple beams allows any linear optical transformation – that is computational operation – due to the arrangement of the waveguides. The operations are controlled by a programme running on a standard computer connected to the processor.

A unitary matrix is used for programming the device. The processor runs the programme with specified reliability using the current 8×8 matrix. The reliability of the programme can be measured, and the patterns of occurring errors can even be detected with machine learning algorithms. With this knowledge, various error correction techniques are being developed at ELTE, and the researchers can transform the matrix with a simple self-check so that the test results would be as close as possible to what is expected. 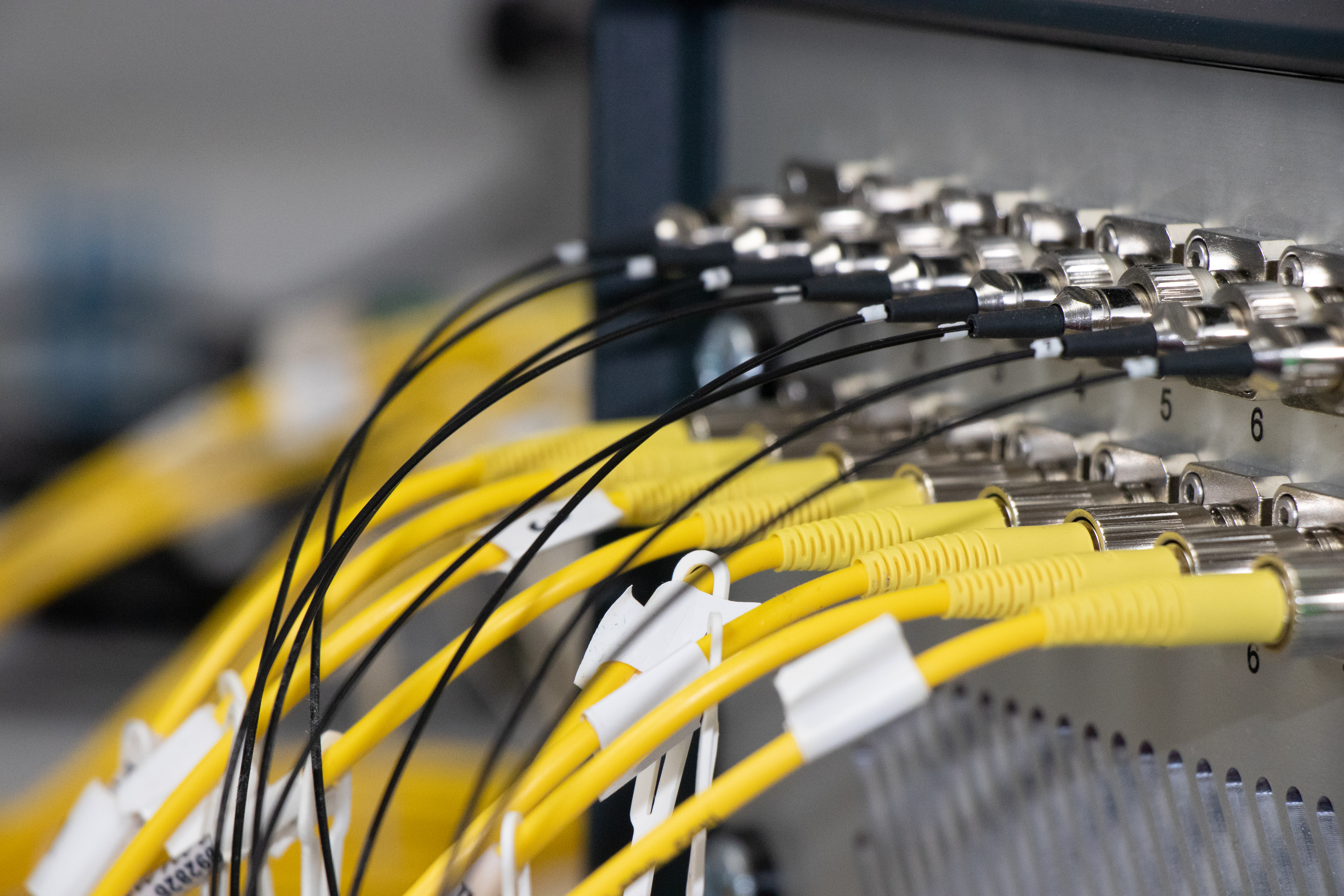 The device has eight input channels.

The new types of computer architectures do not provide a practical solution to all computational problems, but they are extremely useful for tasks that require the computation of a large number of possible combinations. High efficiency is expected in areas like machine learning, combinatorial optimization, database search, and portfolio optimization. Important possibilities for application in the field of cybersecurity include generating random numbers and factoring large numbers.

Quantum and photonic devices are currently expensive, have low error tolerance, (certain types) are large, and need a special environment. Consequently, user-friendly architectures and cloud usability, infrastructure sharing, free access, and simulation are key to the success of the development process.

The free-access Piquasso simulator, developed by Tamás Kozsik and his research team, is one of the best of its kind in the world in terms of efficiency. The application is up to four times faster in some calculations than the currently market-leading TheWalrus (Xanadu) simulator, and even this speed can be increased 13-fold with the researchers’ FPGA-based calculation accelerator. Quantum simulators are suitable for running quantum algorithms without a quantum computer, which facilitates the testing and debugging of algorithms. For the time being, the capacity of simulators is still significantly higher than that of physically implemented quantum computers, but this trend will soon be reversed.

In the next few years, the big challenge for Hungarian research teams is how competitive they will become in the European flagship programme due to their R+D+I achievements, whether they will be successful enough in concentrating research activities aimed at high-profile interdisciplinary scientific and technological challenges, as well as channelling their results into technology and business. The quantum hardware operating at ELTE is very promising for realizing this in the near future.

The research results of the Laboratory will be integrated into the educational programmes at ELTE. Furthermore, the Faculty of Informatics awaits interested students and young researchers at the Postquantum Cryptography Summer University in August 2022, where prominent international researchers from the fields of academia and industry will be giving lectures.