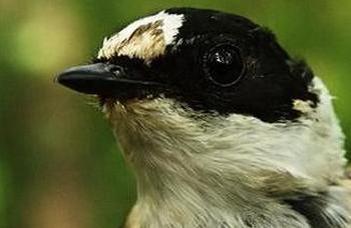 ELTE biologists studied songbirds living in the forests around Pilisszentlászló, Hungary, and concluded that the animals may be able to filter mate choice signals. Their paper published in the journal American Naturalist is also of considerable importance in terms of the history of science in Hungary.

Sexual selection required for successful mating is extremely important from the aspect of evolution. In most cases, mate choice is based on signals, that is, the expression of conspicuous, varied, and costly (e.g. energy-intensive, risky) properties, such as colours, sounds, and smells. Most species display several noticeable “signals” at the same time, and correlating traits can even function as a single integrated signal. Researchers normally treat these signals separately, without taking into account the underlying mechanisms that connect them. However, in order to understand evolutionary adaptation, it is important to find out how the individuals receiving the signal can cope with the partly coherent and partly incoherent information load.

The researchers at the ELTE Department of Zoology and Ecology, led by János Török, full university professor, have been studying the survival, reproduction, condition, and morphology of tree-dwelling songbirds in the forests around Pilisszentlászló for 40 years now. Their dataset also serves as a basis for international reference databases and cooperative research. In recent decades, investigations have also extended to the colour of plumage areas, creating thus

In their recently published study, Gergely Hegyi, associate professor, Miklós Laczi, research associate, and their colleagues explored how the plumage colour in male and female collared flycatchers (Ficedula albicollis) functions as a signal. According to their previous findings, mate choice is not influenced by the individual plumage areas, but rather by the overall picture of the entire plumage of the birds, so the colours of the body parts form integrated signals. In their current research, they have investigated the question of “outlying” values, which do not match the overall picture, in this context.

The authors had three preconceptions concerning the answer, which were subjected to statistical tests. One of their suppositions was that the receivers disregard those signal component values that extend beyond a certain broadly interpreted threshold of deviation; in other words, they use signal filtering. For example, if three parts of the body are uniformly bright coloured, but the fourth is rather pale, they disregard the latter.

According to the second idea, the receivers do not care about the consistency of the component traits, and the detected diversions are caused by the degradation of signals. Degradation takes place after the animals use the signals (but it has not yet been measured with instruments). The pale part of the body mentioned in the example above could have been still intact at the time of mate choice. Its divergent colour may have been caused by wear and soiling after mating.

The third hypothesis was that there was neither signal filtering nor degradation, but the signal coherence itself was the focus of mate choice. For example, if the ultraviolet chroma (UVC) of the body areas is uneven in some individuals and uniform in others, then (due to the apparently better functioning of development regulatory processes) the latter individuals may be favoured by the selecting parties, and this is also reflected in the mating pattern.

The image shows the forehead patches of two male collared flycatchers. The patch of the one on the left is normal, while that of the one on the right developed abnormally. If the rest of the bird's body has no damage causing colour modification, then the colour of the “faulty” forehead patch can be a divergence compared to these, which might be filtered out by the signal receivers.

The research results showed that the third possibility can be ruled out. In the case of the relative ultraviolet reflectance of the plumage, the degradation after mate choice prevails, but in the case of the across-spectrum-reflectance (brightness), there is signal filtering in both sexes.

The discovery of signal filtering is important from two aspects. On the one hand,

researchers are now one step closer to understanding evolutionary adaptation,

since signal filtering combines the selection of multiple striking characters, and thus fundamentally affects the coevolution of the signals with each other and with the preference. On the other hand, it has also been demonstrated that although the exploration of the role of correlated (coherent) traits may require a multi-stage decision-making algorithm, the experiment should be primarily focused on the synchronous unidirectional manipulation of all the features. Experiments taking into account several striking traits have so far predominantly manipulated them individually or independently of each other, so there is a need for a fundamental change of approaches and methods used. The authors hope that investigating the mechanisms of mate choice in a new light will lead to a better understanding of the significance of the process in the evolution.

The long-term research on signalling conducted in the Pilis Mountains is supported by the research funding grants of the National Research, Development, and Innovation Office (the identification number of the current grant is K124443).

The study was published in the American Naturalist, a journal on evolutionary biology established in 1867. In the last one hundred and fifty years, there was only one article in the journal (in 1984) authored by Hungarian scientists affiliated exclusively with institutions in Hungary. The study published by the ELTE scientists is the second paper in this line.