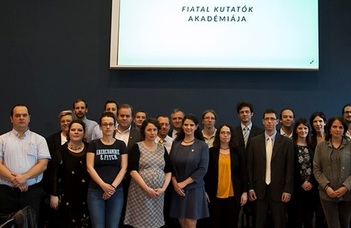 Preparation to establish the HYA was preceded by the work of an ad-hoc committee of the HAS that began over a year ago. The HYA is now joining a growing worldwide network of young academies, becoming the 40th young academy to be established.

The goals of HYA include representing early career researchers in Hungary nationally and internationally, promoting scientific excellence as well as interdisciplinary and intergenerational dialogue between scientists and serving society through public outreach and engagement. 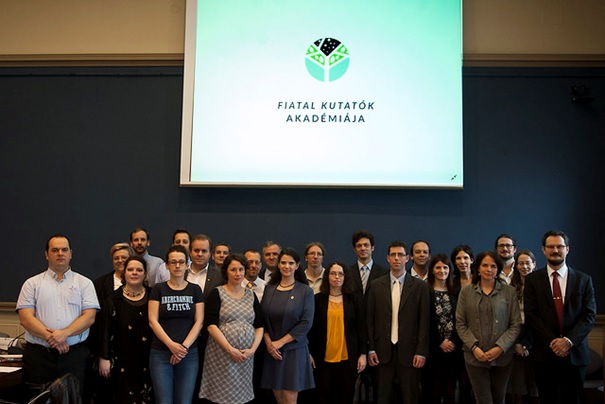 Regarding its legal status, the Hungarian Young Academy is an independent civil society, being responsible for the selection of its own members. On the other hand, it is connected to and supported by the Hungarian Academy of Sciences, aligning itself with the goals and principles of HAS.

The founding membership consists of 24 outstanding Hungarian scientists from all disciplines, many of whom are also members of the Young Academy of Europe and the Global Young Academy. Besides scientific excellence, the willingness to serve society through the various activities of HYA is also among the selection criteria. The term of membership lasts for 5 years after which members become alumni of HYA. The total number of members will be 60, admitting 12 new members each year.

The HYA is led by two co-chairs and an executive committee of a further five members. The first co-chairs are Éva Dékány, a linguist working at the Research Institute of Linguistics of HAS and Péter Török, an ecologist at the University of Debrecen. The work of the HYA will be supported by an advisory board consisting of eminent Hungarian senior scientists.