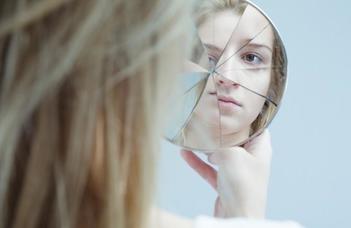 Researchers at the Institute of Biology, Eötvös Loránd University (ELTE), Budapest, Hungary, studied the major types of neurons of the prefrontal cortex of the brain in an international collaboration. The research team has identified molecular differences in neurons that may support drug development for the treatment of psychiatric disorders such as schizophrenia or depression.

It has long been known that the prefrontal cortex in the frontal lobe is responsible for nervous system processes related to decision-making, planning, or central constructive functions. Dysfunctions of this part of the brain play role in several psychiatric illnesses and can also cause neuropsychiatric conditions such as autism, schizophrenia, or depression.

The proper functioning of the prefrontal cortex is largely based on the balanced communication between its two major types of neurons, the excitatory pyramidal cells and the inhibitory interneurons.

The researchers at the Institute of Biology, Faculty of Science, Eötvös Loránd University (ELTE), led by Gábor Juhász, James Eberwine (University of Pennsylvania) and Tamás Bártfai (Scripps Research), studied the messenger RNA (mRNA) set of these two types of cortical neurons by the so-called single-cell sequencing for several years.

The mRNAs transmit genetic information from DNA to ribosomes, the sites of protein synthesis. Researchers at ELTE mapped these molecules in excitatory pyramidal cells and inhibitory interneurons. The essence of the single-cell sequencing method is that by examining the cells individually, it is possible to identify and quantify the mRNAs of the cells and thus estimate the type and amount of proteins that each cell synthesizes at a given time.

“Single-cell mRNA sequencing has been used primarily for neuronal classification in the previous nervous systems studies, whereas in the present work, we have focused specifically on the mRNA set of the two, functionally clearly distinguishable neuronal cell types. We have looked especially for mRNAs encoding cell surface proteins. This was of particular importance, since cell surface proteins such as neurotransmitter receptors and ion channels play essential role in the adequate communication between neurons, and on the other hand, these proteins might be available for pharmaceutical drugs” said Gábor Juhász, one of the leaders of the research.

Out of the detected more than 19,000 different mouse mRNAs, the scientists have looked for mRNAs that are preferentially expressed in one of the examined types of neurons and that encode proteins located on the surface of the cells. A large number of cell type-specific mRNAs has been identified, which were present in at least tenfold higher amount in one of the cell types than in the other, so it can be assumed that the encoded cell surface proteins are also present in higher amount. This is an important step providing an accurate picture of the cell surface proteins that can be used to treat certain psychiatric disorders by selectively influencing the function of the studied cell types. These findings will also help to better understand the mechanism of action of clinically used nervous system drugs.

This work is the basis of the dissertation of doctoral student Lilla Ravasz supervised by Adrienna Katalin Kékesi and contribute to the results of the Hungarian Brain Research Program and FIEK_16-1-2016-0005 project searching for biomarkers of central nervous system’s diseases. The researchers published their results in the journal Cerebral Cortex.