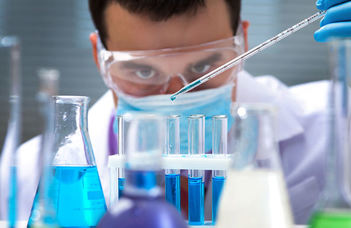 In 2007 Imre Kacskovics, professor of ELTE's Department of Immunology, and Dr. Zsuzsanna Bősze, scientific advisor of Agricultural Biotechnology Institute (MBK), together with their colleagues developed a method to significantly increase the volume and efficiency of antibodies production in genetically modified animals. They applied for a patent for the method and established ImmunoGenes Kft. in 2007 to utilize it. The company signed a contract of exclusive utilization with the institutes involved (ELTE, MBK) in the January of 2008 to capitalize on their intellectual properties.

The new technology provides the means to significantly reduce the costs of production by 50-60 percent. The aforementioned antibodies are used both in medical biology research and clinical medicine in high volumes. Their worldwide turnover is already around 2.5 billion dollars annually, and the number has been dynamically growing over the years.

The fact, that several international companies invested in antibody production and human therapy had already contacted ImmunoGenes Kft. demonstrates a huge interest in the method.

As a direct result of the promising technology and the commitment towards its realization, the company succeeded in involving internationally recognized management with a significant international network, excellent researchers, and both domestic and foreign private capital in research and development. ImmunoGenes, the Hungarian Development Bank, and Hiventures established a joint venture (ImmunoGenes-ABS Zrt), that produces antibodies and creates genetically modified animals to order.

Maven7 utilizes its self-developed instruments based on network analytics and data mining in network development, pharmaceutics, the media, as well as several other fields. The company assists business decision-makers with transforming large quantities of hard to interpret data to knowledge that can directly assist decision-making primarily with a networking approach.

Maven7 has a strong scientific and professional background. The methodology of their analytics is internationally recognized and is based on the works and results of co-founders László Albert Barabási and Tamás Vicsek, who are both distinguished scientists.

OrgMapper, the organizational network analytics software of Maven7 uses an algorithm called 'Cfinder', which was published two times in Nature, one of the most highly regarded international journals. (2005, 2007)

The HANDORINO online games are developed by researchers. Their content was created by the educators of the University of Szeged, while the computer adaptation was brought to life by the informaticians of Eötvös Loránd University. The program can be downloaded for free, and small children can use it even without the supervision of parents or teachers. This innovation is an entertaining game in the short term and a diagnostic tool in the long term.

The long-term goal of the researchers is to comprehensively monitor the development and knowledge of children through the software. The game was created for 6-8 years olds, and it measures their capabilities through tests fitted into the framework of a game. This can assist both teachers and parents to find talents, as well as certain disabilities (e.g. dyslexia, dyscalculia, parachromatism, autism). Teachers can fit this game into their syllabus, while parents can use it to help with studying at home.

The educational game can not only help in the development of those skills, which are not connected to any school curriculums but can also be useful for small children with learning difficulties.

The game has a version with improved accessibility: MouSense can also be downloaded for free. It provides the possibility to be controlled by one's head, but can also be used with a webcam that monitors the facial movements of the child.

It is planned to release the games for smartphones and tablets (Android and iOS) soon as well.

The goal of the developers to have more children test the program, as the system can be perfected based on experiences. For this very reason, they are hoping for the help of parents and teachers. The educational game is available on www.handorino.com for free.

Reviews and proposals can be submitted on www.handorino.com/wiki

The basis of the present invention is that antigens on an antigen array can initiate complement activation both by antibody-dependent or -independent way. The systems and methods disclosed herein can be used in methods of diagnosing and monitoring particular autoimmune disorders and infections. The invention relates to a new diagnostic method, utilizing an antigen array for simultaneously identifying different antigens capable of activating the complement system, in a quantitative fashion; to multiplex immunoassays utilizing antigen arrays, and more particularly to systems, methods and kits for qualitative and quantitative detection of antigens activating complement in a biological sample, via the measurement of complement components deposited on antigen arrays. The invention employs the functional complement system in the biological sample tested, thereby the information gained relates to antigen recognition properties and functional consequences in the organism from which the sample was taken and relies on the ability of antigen recognition molecules, primarily antibodies to activate the complement system in the sample tested, upon binding to elements of an antigen array.

Method for the analysis of immunoreactivity, and a device suitable for carrying out the method

The invention also provides a capillary channel system, which comprises at least one measuring channel, which measuring channel is a capillary channel according to the invention, wherein the coating comprises an antigen, and the system comprises at least one negative control channel and optionally at least one positive control channel, and optionally at least one sample distributing part which communicates with the channels. The invention also provides a method for the analysis of immunoreactivity on an antigen array, wherein an antigen array comprising one or more antigens and optionally one or more reference substances is contacted with a sample, and the immune complexes formed by the one or more antigens and one or more components of the sample which may be captured by the antigens are detected by cells, wherein for the cells the sample serves as a source, or the cells are from a source other than the sample. The method is preferably carried out with a device according to the invention. The invention also encompasses kits and uses.